WHO IS GUILTY THAT WE DON’T HAVE A MLS TEAM IN SOUTH FLORIDA?

To me the answer to the title question is quite simple: we all are guilty by reasons of abandonment, incapacity, ignorance and egotism
I will center my opinion in the following concepts. First, look at the makeup of our nomad South Florida communities. The great majority of us were born somewhere else in the world and came here to make fortune the easy way. We are a community of foreign people with no interest in the history and/or the tradition of the area we live on. Very few South Florida residents have any idea of the origins of Broward or Dade counties, nor do they know the significance of those names. Our people firmly believe that any community college in the country is superior to UM, FAU, Barry or FIU. According to most New Yorkers (some days I tend to believe that South Florida is just a “South New York” borough ) people come to Florida to die, to escape from justice, to make easy money to be later sent to “their countries” or to have sex.
In South Florida, there is very little support or loyalty to any institution, in education, art, or sports. South Florida, for most of those that are now permanent residents, is still a transient place just for entertainment, leisure and promiscuity. Those negative beliefs can immediately be incorporated into local soccer. Most soccer people in our area strongly believe that here it is impossible to seed the passion for the game. They stalwartly dispute that: 1. Soccer is much better in their home land; 2. The game is not suited for the “American mentality”, whatever that means; 3. Their kids ought to go and play soccer in their home country; 4 American natives are not capable of running the sport and/or the business of soccer; 5 There is no need to support the US National soccer teams, the local top pro/semipro squads or even collegiate teams and 6. The quality of American Pro soccer is inferior to the weakest one in the world.
I strongly argue that all these concepts are intellectual aberrations pungently contributing to South Florida’s difficulty to integrate into the prospering scene of the top level of soccer in the US.
We are well aware that US professional soccer leagues are not perfect and need improvement. But which league around the globe is perfect: the corrupt Italian Calcio serie A or the disable argentine Premier AFA league? Nevertheless, the US first division pro league, the Mayor League Soccer- MLS- is blooming exponentially and its level of play can be easily compared to the one of any of the so called “first soccer world” pro leagues.  The MLS has currently 22 teams playing, 19 in continental US and 3 in Canada. The MLS plans to expand to 28 or more teams, with probably different divisions. Most of the current teams own modern soccer specific stadiums, are structured logically and have an established large local fan base.
Last weekend my son Diego and I attended the match played in Orlando between the Orlando City SC and the Los Angeles Galaxy. That was a treat. Orlando has a new, spectacular soccer specific stadium built in downtown Orlando (with the managerial and financial support from the local government and business). The game was played on a Saturday afternoon, the stadium was packed with 25.000 spectators most of them wearing the colors of the home team. The atmosphere was incredible and much safer than the one you encounter when attending a match in South America or even in parts of Europe. The game was excellent and ended in a 2-1 victory by Orlando City with a goal scored in extra time (minute 91) on a great set play. We were fortunate to watch impressive American players such as Jonathan Spector and Joe Bendix from the home team and Jermaine Jones from the visitors (a German born player from American parents who is a regular to the US Men National team since 2010). The Orlando City Lyons organization is a broad one: they have not only an MLS team but also other pro teams including a USL team (Orlando City B), women’s pro team (Orlando Pride) and a very sophisticated youth based structure (Orlando City Development Academy), all under one roof.
For us, the only negative aspects of the weekend experience were driving to Orlando, spending a night at an overpriced Hotel and trying to find good, modestly priced restaurants where to eat. Otherwise it was a great event. My grandchildren Nico and Hudson loved the game and the spectacle.
In the meantime what are we doing here in South Florida for the good of soccer? We continue importing soccer academies of insignificant value, increasing the number of “clubs” playing “traveling” soccer (a miss name for expensive recreational soccer), not communicating among each other and waiting for the Messiah to arrive and fix all our deficiencies. Unfortunately, in my modest opinion, we have too many messiah potential candidates who are not only not qualified as such, but also not honest and not pledged to the progress of soccer in the Gold Coast. Furthermore, the real soccer experts and committed south Floridians soccer devoted are very seldom called to participate in any progressive project including the Ill-advisedly Beckham one. Regrettably we continue living in the dark ages and with almost no light at the end of the tunnel.
Definitively, I don’t want to live in a depressive mood. I don’t want to be forced to wait for someone to build a spaceship that can take me to Mars, Jupiter or to other galaxies where I can start developing and cultivating good soccer. In the meantime, I will continue going to Orlando when I can, coaching The Academy Premier team, organizing and delivering coaching educational activities and teaching the little I know about soccer to all my grandchildren Nico, Hudson, Luca, Harley and Dylan.


Nevertheless I also demand that local people wake up, start accepting responsibility and act. I won’t remain passive; if it requires fighting a war, I will fight. And for the rest I remind them what was said at the JFK inaugural presidential address “Ask not what your country can do for you, ask what you can do for your country”. We, as a society of settlers, have the obligation to build up the next level of soccer in South Florida, now !!! 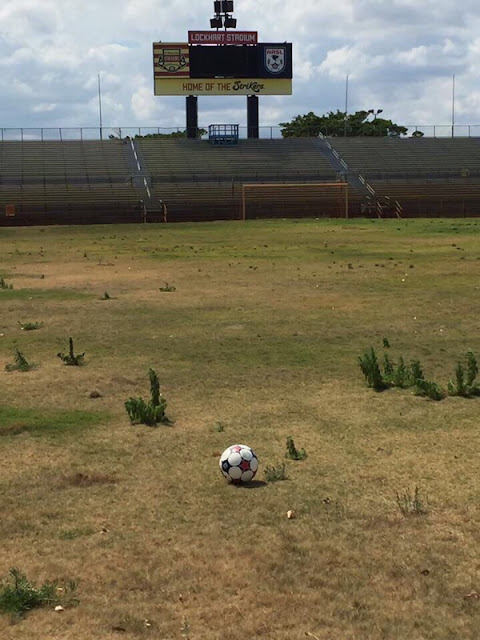 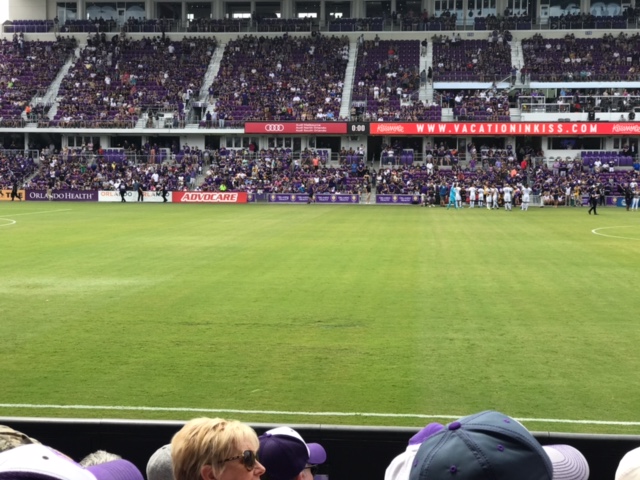