GOLCO FIRST NIGHT OF MATCHES IN 2017

AFTER THE HOLIDAY SEASON THE GOLCO RESTARTS COMPETITION 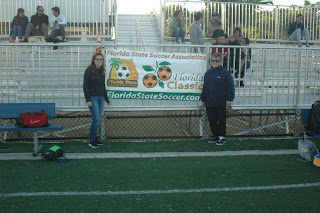 In 2017, GOLCO continues playing at high level of competition. On Sunday January 8 two very attractive matches were played both at Aiello field in Coral Springs. At 5 PM, Lauderhill Jrs and Boca Raton SC competed in a very intense game with team with opposing stiles of play contested for dominance. The match was pretty even during both halves but at the end the brazilean style of Boca Raton SC prevail. The final score of the match was Lauderhill Jr 3 Boca Raton Jr 5.
The most valuable players for the match were Nicolas Thompson from Lauderhill Jr and Gustavo Bergman from Boca Raton SC
The second game of the night confronted The Academy Foxes to Doral SC Elite. Although the final score of the game was 3-0 in favor of the Foxes, the match was pretty even and disputed until the last minute. The young team from Doral demonstrates every Sunday that they are very well trained and have a brilliant future. John Contreras from The Academy scored the best goal of the night on a long distance half voley from the right win position.

The MVPs of the match were Junior Perez from Doral SC Elite and Roii Blicher from The Academy Foxes. 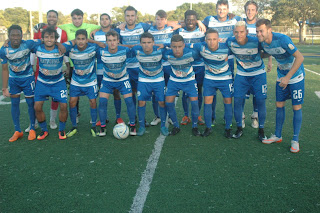