BOCA RATON FC AND THE ACADEMY FOXES WON THEIR GAMES


On Sunday, March 5 we had two games. The first one was between Doral SC Elite and The Academy Foxes. The Academy had a great game, based on a very strong midfield with all talented players controlling the flow of the game. Add to that that The Academy all time striker was back in fantastic shape and the Doral boys were just recovering from their spectacular victory to win the SFUYSA regular season U19 division, the match was inclined in favor of the “homeless” (decades old nickname for the home team). The final score was The Academy Foxes 6 Doral SC Elite 0. The MVPs for Doral were Jorge Cataldo and Blas Fiorito. The MVPs for The Academy Foxes were Renato Torquato and Travis Brown. 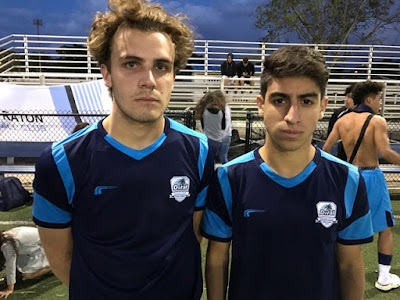